The Future of Healthcare: A National Survey of Physicians

The 2018 Future of Healthcare report, compiled from the observations of more than 3,400 doctors, has uncovered a complex picture of the attitudes of physicians nationwide toward the important issues facing the industry.

Survey comments clearly show that doctors are disheartened by changes to the practice of medicine.

Twenty-six percent of doctors are likely to recommend the medical profession to their children or other family members. Though most positive comments came with caveats, doctors say those difficulties are outweighed by the rewards of being a doctor and the need for medical care.

54% of Physicians Plan to Retire Within Next Five Years

Doctors are considering retirement as they feel the pressure of declining reimbursement, increased administrative burden, and industry consolidation.

Are changes in healthcare likely to lead you to retire over the next five years? 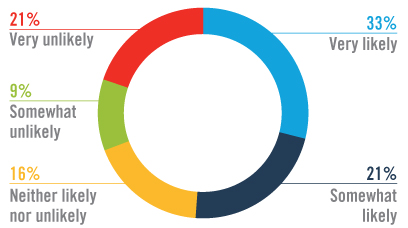 Very likely or somewhat likely to retire in the next five years:

EHRs and Regulations Are Top Causes of Physician Burnout

Physicians are concerned that increasing bureaucratic and regulatory demands are leading toward dissatisfaction among their colleagues.

Doctors are concerned that EHRs are burdensome and distracting during patient interaction. One doctor suggested that the software causes major frustration to patients and physicians alike.

Many comments suggest that doctors are frustrated with the functionality, reliability, and lack of interoperability within their EHRs.

Many doctors worry that pay-for-performance reimbursement doesn’t take into account the nuances of the doctor-patient relationship and puts a focus on population-level data instead of individual outcomes.

How will value-based care and reimbursement (pay for performance) impact your relationship with patients over the next five years?

While comments from doctors acknowledged that this paradigm shift puts a positive emphasis on quality improvement, many are concerned that it will be particularly difficult for independent practitioners to keep up.

The Shift to Change Practice Models Is Subsiding

Even though physicians are disenchanted about practice conditions, they’re not necessarily moving to a different practice model. While 14% of doctors said they plan to change practice models in our 2012 survey, only 9% said they plan to make a change in 2018. More doctors are indicating that they’re making other changes—12% indicated “other” for their future situation in 2018, compared to 6% in 2012. Doctors choosing this option may include practicing part-time, leaving medicine for a different career, or retiring.

Solo and small groups are migrating to:

Private practices are increasingly being acquired by health systems that want to better control the continuum of care, and some medical groups are merging to create larger practices to drive efficiency, cost savings, and better technology. Nonetheless, three quarters of the solo practitioners who took this survey told us they don't expect to be a part of that industry shift, but rather expect to remain independent.

While many are staying put in their current practice model, physicians expressed concern about how industry changes will impact the future of individual and small group practices.

Read the results from the 2012 Future of Healthcare Survey.