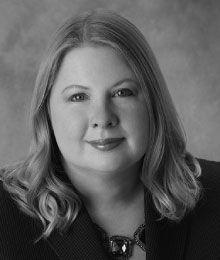 Once medical liability laws are passed in state legislatures, reforms are inevitably challenged at the judicial level. The Doctors Company works actively with industry partners to defend our members and medical liability reforms in the courts. We provide data, arguments, and funding for amicus briefs to help the courts understand the potential impact of the decisions before them. Here are brief summaries of select recent cases of particular interest and concern.

In 2014, the Florida Supreme Court held that Florida’s $500,000 cap on noneconomic damages was unconstitutional as applied to wrongful death cases. The court decision was silent, however, on the constitutionality of the cap as it applied to non-wrongful death cases. This year, in North Broward Hospital District v. Kalitan, a Florida appellate court held that all noneconomic damage caps were unconstitutional. That decision was appealed to the Florida Supreme Court, and oral arguments were heard on June 9, 2016. Should the decision in Kalitan be upheld, it will significantly affect the tort climate in Florida, and it is expected that it will increase the frequency and cost (severity) of claims.

The California Supreme Court has heard many cases directly or indirectly attacking the state’s landmark Medical Injury Compensation Reform Act (MICRA) since its enactment in 1975. The court has found time and again that, by and large, the provisions of MICRA are consistent with the state’s constitution. In yet another effort to sidestep MICRA, a case was brought before the court that would avoid MICRA’s limits on noneconomic damages and attorneys’ fees by suing under the state’s elder abuse statute, instead of pursuing a medical liability claim.

On May 19, 2016, the California Supreme Court issued its long-awaited opinion in Winn v. Pioneer Medical Group, a case in which the Court of Appeal had held that a protracted outpatient relationship with an elderly patient, whom the physician failed to refer to a specialist, could be a cause of action for elder abuse.

In a unanimous opinion, Justice Mariano-Florentino Cuéllar, who was appointed by Governor Jerry Brown last year, held that absent a “substantial caretaking or custodial relationship, involving ongoing responsibility for one or more basic needs, with the elder patient,” the Elder Abuse Act could not give rise to liability. The California Supreme Court rejected the Court of Appeal’s finding that ongoing outpatient care could be interpreted as “care custody,” thus allowing liability under the provisions of the Elder Abuse Act. Only if the defendant actually or allegedly took over providing the personal needs of the patient, “needs that an able-bodied and fully competent adult would be capable of handling on his or her own,” would an elder abuse claim be viable in an outpatient setting. Essentially, this ruling indicates that if a “caretaking or custodial relationship” is not established, neither is elder abuse.

A bill halving civil case juries from 12 members to six was former Governor Pat Quinn’s final gift to the trial bar in the lame duck session after losing his reelection bid. Plaintiffs’ attorneys in Illinois fought for smaller juries under the guise of giving a pay raise to jurors. The bill’s supporters argued that, by reducing the number of jurors in civil cases, the costs to local governments of increasing juror pay would be offset. The editorial board of the Chicago Tribune called the bill the “Plaintiffs Attorneys Enrichment Act.” Plaintiffs’ attorneys favor smaller juries because it is easier to convince six jurors rather than 12, and smaller juries have been known to deliver larger awards.

In Kakos v. Butler, late last year, Cook County Associate Judge William Edward Gomolinski ruled that language in the 1970 Illinois Constitution ensures that the right to a jury as it existed in 1970—with 12 members—cannot be changed without a constitutional amendment. On May 11, 2016, the Illinois Supreme Court heard oral arguments on upholding or striking down the Cook County judge's 2015 ruling in favor of 12-member civil case juries. Should the lower court’s ruling stand, this will be a significant win for our members.

In 2015, a New Mexico appellate court struck a chilling chord in the medical community with its decision in Montaño v. Frezza. The court determined that a Texas physician who cared for a resident of New Mexico could be sued in New Mexico courts, even though the patient’s care took place entirely within Texas. The physician had no connection to medical practice in New Mexico, except that the patient was a New Mexico resident.

Because many parts of New Mexico are severely medically underserved, a significant percentage of patients are treated in neighboring states, often in Texas. The broader implications of this ruling are that physicians in other states who treat patients that reside in New Mexico will not benefit from liability protections in the states where they are licensed, practicing, and insured. Additionally, in order to be eligible to benefit from New Mexico’s liability protections, a healthcare provider would have to be licensed in New Mexico and paying into the state’s patient compensation fund. This creates a scenario in which out-of-state physicians are open to unlimited liability when treating patients that reside New Mexico. This ruling could render many Texas physicians unable to treat patients from New Mexico, thus endangering access to healthcare, especially for the most vulnerable patients.

The Montaño decision has been appealed to the New Mexico Supreme Court with a decision anticipated sometime this year. In the interim, the New Mexico medical community sponsored House Bill 270 in an effort to resolve the issues created by this case and to protect New Mexico patients’ access to healthcare. The bill was fought hard by the New Mexico Trial Lawyers Association and was amended to direct New Mexico courts to enforce contractual forum selection and choice of law provisions in healthcare actions.

The threat alone of court action has motivated state medical societies to support laws that weaken hard-won tort reforms. In the latest of a series of similar proposals in multiple states, the Indiana State Medical Association has actively worked to enact Senate Bill 28. This legislation increases the cap on medical malpractice damages recoverable from healthcare providers from $250,000 to $500,000 and the total amount recoverable (including the state’s Medical Malpractice Compensation Fund) from the current $1.25 million to $1.8 million by 2019. Why would the state’s medical society promote legislation that appears to hurt its members? Because it fears that if it doesn’t, legal challenges to current tort reforms in the Indiana Supreme Court would produce far more devastating results.

Director's Forum
The Perils of Printing an Electronic Health Record

An Ounce of Prevention
Internal Medicine Closed Claims: What Can We Learn?

Case Studies
What to Expect from Litigation: Dr. Gupta’s Perspective

Selecting a medical malpractice insurer is one of the most important decisions you’ll make. This guide outlines what to look for in an insurance company.