A recent poll by The Doctors Company received 9,459 responses to the question: How concerned are you as a healthcare provider about the recent U.S. measles outbreak? Some 43 percent responded that they are very concerned. There are significant reasons for this level of concern.

The number of measles cases reported in the United States in 2018 (372) was three times higher than that of the preceding year, and currently, only the third month in to 2019, there are more than 100 reported cases of measles. With an estimated worldwide 30 percent increase of measles cases over the last few years, it is frustrating to think that this vaccine-preventable illness, which can be associated with serious consequences, including death, is resurging. Do we as healthcare workers really need to be concerned about measles?

In this global stage, what goes on in one country really does affect the entire world. The highest caseloads of measles worldwide in 2018 were seen in India, Ukraine, and the Philippines. We are now in a time when you can cross the globe in as little as 18 hours—in less than the typical time it takes for an infected person to develop the telling measles rash. A person can acquire the infection from a high-prevalence country, spread the infection to others in the closed quarters of an airplane, and return to a low-prevalence country with a silent stowaway, only to then go back to a social circle with similarly low vaccination rates—and this is precisely what is happening. 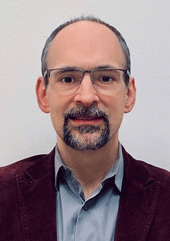 “Until we can bridge the rift between public health goals and anti-vaccination sentiment, and bolster the more highly prevalent countries’ vaccination programs, we should all expect to see more cases of measles, mumps, and a myriad of other vaccine-preventable illnesses coming to a clinic near you.”

Measles, which is one of the most transmissible infectious diseases (with an attack rate of 90 percent), has always been regarded as a “canary in the coal mine” for the status of vaccine programs both nationally and worldwide. Breakdowns in the vaccine chain have typically been seen in countries beset by war and political turmoil, which often abandon vaccine programs, leaving children unvaccinated or incompletely vaccinated. There has also been a growth in the level of distrust and “alternate facts” about vaccine safety and need, specifically regarding the MMR and MMRV, and this spread has been kindled by social media. Unfortunately, this distrust isn’t something that can easily be mitigated by education initiatives.

It might be easier for some to decline a vaccination, because the risk of death from measles is one in 1,000. Though sadly, with the estimated caseload of measles each year worldwide, more than 100,000 children likely die from measles each year. The medical field is steadfast on the principal of reducing the risk of death from a vaccine-preventable illness, and concerted vaccination programs were able to eradicate a much more harmful viral illness—smallpox—which had a death rate of one in three. Though until we can bridge the rift between public health goals and anti-vaccination sentiment, and bolster the more highly prevalent countries’ vaccination programs, we should all expect to see more cases of measles, mumps, and a myriad of other vaccine-preventable illnesses coming to a clinic near you.

Dr. Cirino works in Portland, Oregon, and specializes in infectious diseases. Dr. Cirino is affiliated with Portland Adventist Medical Center and Vibra Specialty Hospital and is the health officer at the Marion County Department of Public Health. Dr. Cirino has also written a blog on this topic at his site https://yourhealthforumbydrcirino.org.

The guidelines suggested here are not rules, do not constitute legal advice, and do not ensure a successful outcome. The ultimate decision regarding the appropriateness of any treatment must be made by each healthcare provider considering the circumstances of the individual situation and in accordance with the laws of the jurisdiction in which the care is rendered.

Stay in the Know

Our e-newsletter features timely articles, videos, and guides on a range of patient safety topics.